The Villains We Love: Prefect Edition

The Villains We Love: Prefect Edition

This month’s theme is Super Villains! If you haven’t signed up for the current round of pen pal pairings, there is still time!

Below, you can learn about some of your prefects’ favorite villains.

My favorite “villain” is Tom from Tom and Jerry. Tom is at it again!

What is your favorite thing about Tom?

My favorite thing about Tom is that he is not really a VILLAIN – just a poor kitten getting a bad rep!  Poor Tom is only trying to do his job and rid the house of unwanted rodents… Jerry is the intruder!!!

When did you first discover Tom (& Jerry)?

I discovered a love for Tom a long, long time ago when I was a wee little Iggle watching cartoons while eating cereal and milk!

Kael’Thas Sunstrider from World of Warcraft. 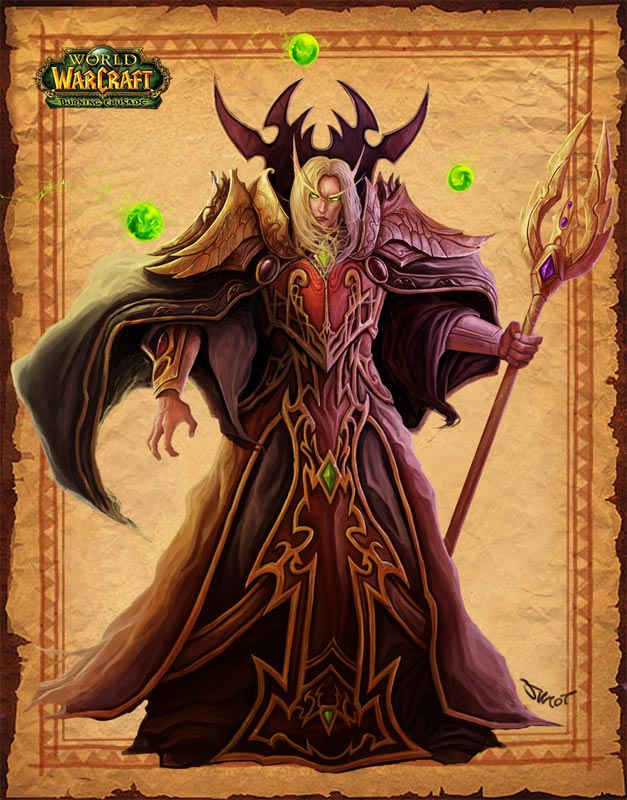 When did you first discover Kael’Thas?

In the Human Campaign, Warcraft three, the frozen throne.

What is your favorite thing about him?

He was forced to choose between bad decisions to save his people. Everything he ever did was to help his subjects, even though it cost him everything personally.

What would your super villain costume be?

I would wear brown knee high boots, yellow tights. A purple skater dress with elbow length sleeves and a yellow cape. Totally impractical but so pretty!

What would your special villain power/talent be?

Who would be your nemesis?

Hawkeye. Or a speedster. I think fast moving things would be hard to beat!

My favorite super villain, while it may be a biased choice, is absolutely & without a doubt Harley Quinn. When I was a kid my brother was obsessed with Batman and we watched all the films, and I adored Poison Ivy. And after joining the IGGPPC and being sorted into House Quinn, I took interest in this Batman villain that I hardly knew a thing about. I started reading the New 52 comic series, and I looked up clips from the TV cartoon and scenes from Arkham City, and instantly fell in love with Harley’s attitude, demeanor and general thought process. At times it appears that she means well, like when she wants to help an elderly patient whose family hasn’t visited her in a very long time, and the way she takes action is both extreme and hilarious. I am so proud to be a prefect for House Quinn and having to leave the house when I turn 23 this summer is going to be very hard for me. I love my fellow Quiggles!

When did you first discover Harley Quinn?

I decided to pick up the first issue of Ms Marvel after hearing so much about it to read on a bus trip to Wasaga beach, and while at my local comic book store I bought the 2nd issue of the Harley Quinn series. Since then I haven’t looked back.

What is your favorite thing about her?

I certainly love her sense of style in the new 52 series. I doubt many other people could pull off wearing black eyeshadow on one eye and red on the other.

If you could be Harley Quinn’s sidekick for a day, what would you want to do/see?

I think I’d be secretly elated but outwardly terrified and intimidated 😛 I think I’d just like to hang back and watch her in action. (Side note: Part of Suicide Squad is being filmed at my campus this summer. I want to meet the real-life Harley Quinn so bad!!!)

My favorite villain is Hannibal Lecter.

When did you discover him?

What is your favorite thing about Mr. Lecter?

I really just sort of love everything about Hannibal-I love the way he dresses, I love how he is portrayed by Mads Mikkelsen, how intelligent he is, how good he is at manipulating those around him. He’s really just an incredible villain!

I’m not sure I would ever want to be his sidekick, because I’m not sure I’d be able to keep him from eating me!

If you could choose any villain to be your sidekick, who would you choose?

If I could have a villain sidekick it would probably be the Winter Soldier, because I feel like he follows orders really well and would always have my back (He’s probably my second favorite ‘villain’).

What is your favorite thing about Cruella?

I have to say that ever since I saw the film when I was a child, I always thought her hair was pretty wild, and the fact that she is outrageous!

If you could be her sidekick for a day, what would you want to do/see?

Run around after her singing the song that Roger sings about her!

If you could have any villain for a sidekick, who would you choose? Why?

I’ll have to go with Jafar (from Aladdin)! He’s just too funny!

Who would be your nemesis?

If I were a villain, I think I’d have to have Vector from Despicable Me as my nemesis; although if I were a good guy, my nemesis would definitely be MOJO JOJO from the Powerpuff girls!

Regina Mills/ Evil Queen from Once Upon A Time (Storybrooke/ Enchanted Forest).

Regina MIlls aka The Evil Queen

When did you first discover this villain?

When Once Upon A Time aired, I didn’t really like her in the beginning but I grew to like her.

What is your favorite thing about this villain?

My favorite thing about this villain is that she grows up and learns from her past mistakes. She also has great style and a lot of self confidence.

If you could be this villain’s sidekick for a day, what would you want to do/see?

I would be Yzma’s (The Emperor’s New Groove)  sidekick for a day because she has a fun roller coaster leading to her secret dudgeon room full of potions. I would also chose her because having all those potions to mess around with Kuzko would be funny.

What would your super villain costume be?

What would your special villain power/talent be?

It would be to cast spells and shape shift. 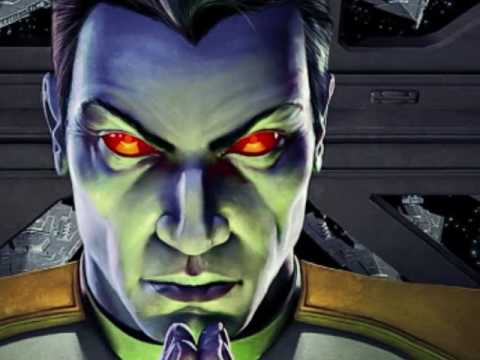 What is your favorite thing about him?

He’s smart and calculating, but not cruel. He rewards forward-thinking and unlike many of the classic Star Wars villains, does not necessarily expect (or want) blind obedience.

If you could be Thrawn’s sidekick for a day, what would you want to do/see?

I’d want to view the map room and his current art collection to get an idea of what he sees in the art of his enemies; tour the Chimaera and watch him organize his battalion. So, normal side-kicky-type things!

Who are some of your favorite villains? Share with us!