Home/Art, Comics, Conventions/Events, Interviews/Pixel Show 2017 – An overview of the event and an interview with one of the makers @ this creative fair
Previous Next

In the beginning  of December 2017 I went to Pixel Show, which is the biggest international conference of creativity, and, in addition to getting to know the works of many artists, I also purchased some pieces of art and specifically a very beautiful picture made by Will Yamaguchi.  🙂

Pixel Show: An introduction of the fair itself

Ok, here I am again to show you a little of an event I went to in the beginning of December 2017. Time flies, but here is some stuff you should know about this awesome event that takes place every year here in São Paulo. Plus, you have a video showing a little of the Makers Space, something like an Artist’s Alley typical of Comic Cons everywhere and an interview with one of the Makers 🙂

It is at the auditorium that the International Conference of Creativity of Pixel Show takes place. Strong names in the creative universe go on stage to talk about their projects, inspirations, creative process, cases, as well as telling the audience about their experiences. They are companies, professionals and artists from the most diverse creative areas: design, illustration, games, street art, animation, tattoo, music, advertising, cinema and much more.

At Pixel Show, you not only listen to what the artists have to say, you have the chance to watch them in action, doing what they most like: art.

Sharp Talks is a space for the creators to tell a little about their projects, creative processes, as well as spreading new ideas (important and current themes in the market).

Tattoo artists, designers and creators in several areas are there to show and sell their works, and give conferences and short talks in the biggest event of this type. And, like I mentioned above, I prepared an interview with one of the makers @ Pixel Show for you.

{At the end of this post here, I made a video with the pictures I took there because they are a Legion, too many xD Hope you enjoy them xD}

So, with you now, here is the interview I made with Will Yamaguchi.

What does Pixel Show represent to you?

Pixel Show is the biggest event related to the creative area in Brazil and an opportunity for artists, designers, comic books makers  etc. to show their “faces” to the public from all over Brazil. 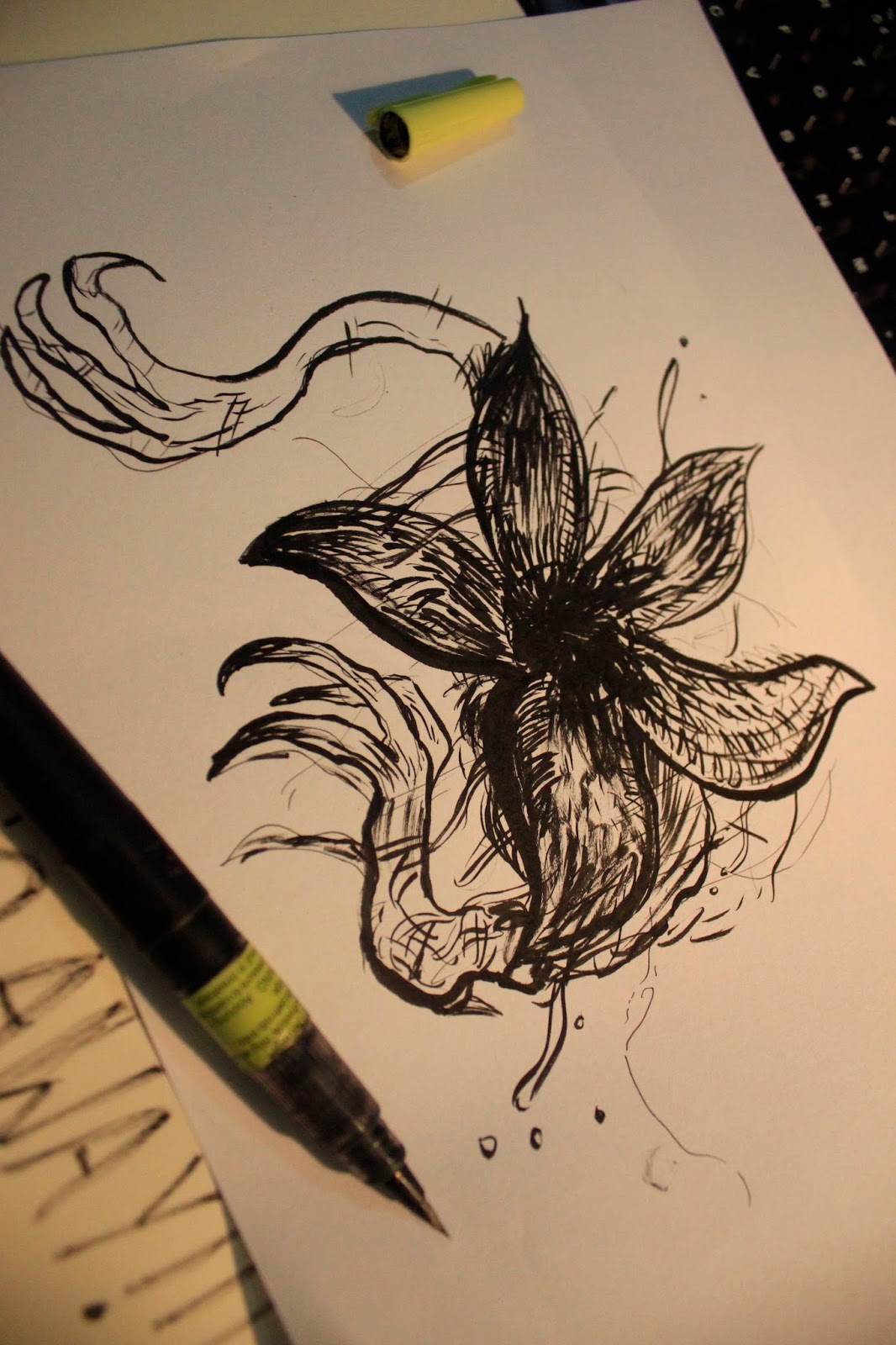 Was it the first time in which you participated in an edition of  Pixel Show as a maker? How does it feel to be chosen as such?

Yes! This was my first time at Pixel Show as a maker! It always feels like our job was recognized by someone, you know? This first moment in the selection is very gratifying.

What did you think was the most special thing at Pixel Show in this year of 2017?

First of all, the public, composed of people from very different professional and geographical areas put together by the will to learn, get to know and participate in the show. Then comes the space in itself, with all the diversity of big and small producers, visual arts, music and technology.

Before I ask you more about  Pixel Show itself, well, tell us a little, or a lot, lol, about you and your art. like, how did it start? When? Tell us about the road so far, plans for the future, etc. 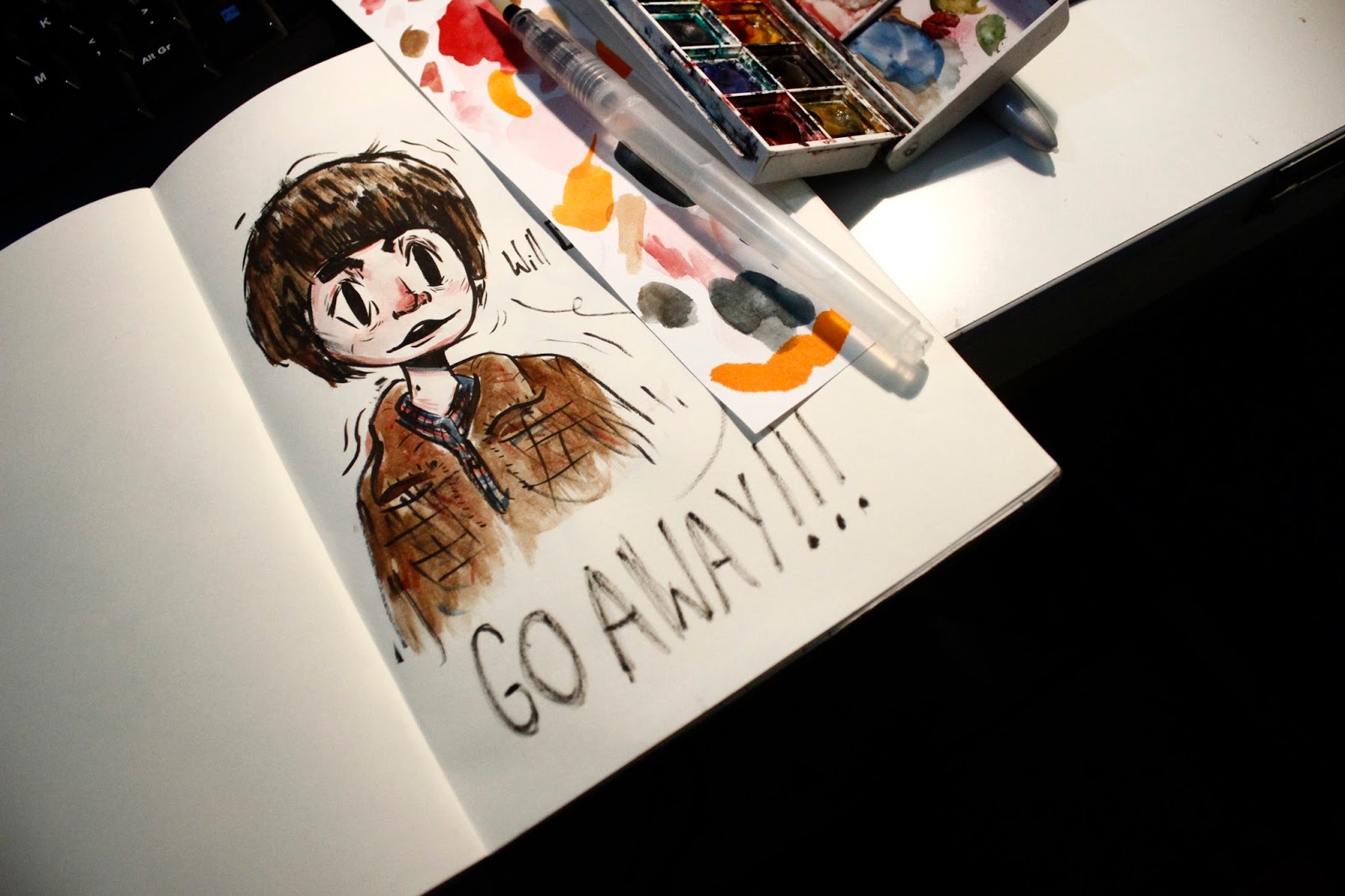 My name is  Willian Yamaguchi, I am 22 years old, I am from  São Paulo and, like almost every illustrator says, I have always liked to draw, since I was a kid. However, it was only after finishing high school that I decided that I wanted to work with art and illustrations.

It took me some time to understand the maker and get into it, I was deluded with clients that did not pay enough or did not pay at all, they simply disappeared.

I was disheartened in this beginning, and decided to look for regular jobs as a designer, illustrator and inker. so, with a little more experience, I went back to my freelance works.

I am currently working in an agency as a  motion designer, I am studying animation at  CAV [Audiovisual Center of São Bernardo do Campo) and I am producing a comic book called  Assoalho, which soon I want to put in some collective financing platform, such as Catarse.

Do you think that people are  really becoming aware of the artists’ work and buying more from makers than 10, 5 years ago? What do you think of the artistic overview in Brazil for those who are not (at least no yet) very famous.

It is much easier to “sell/get to be known” nowadays on account of the internet. the independent publication events are well recurrent and even though they are mainly held on capital cities of Brazil, and mainly in São Paulo and Rio de Janeiro, several fairs in smaller cities are starting to be held too, as well as in neighbourhoods that are far from downtown. These two factors make things a lot easier for those who want to express themselves and start to show their works. 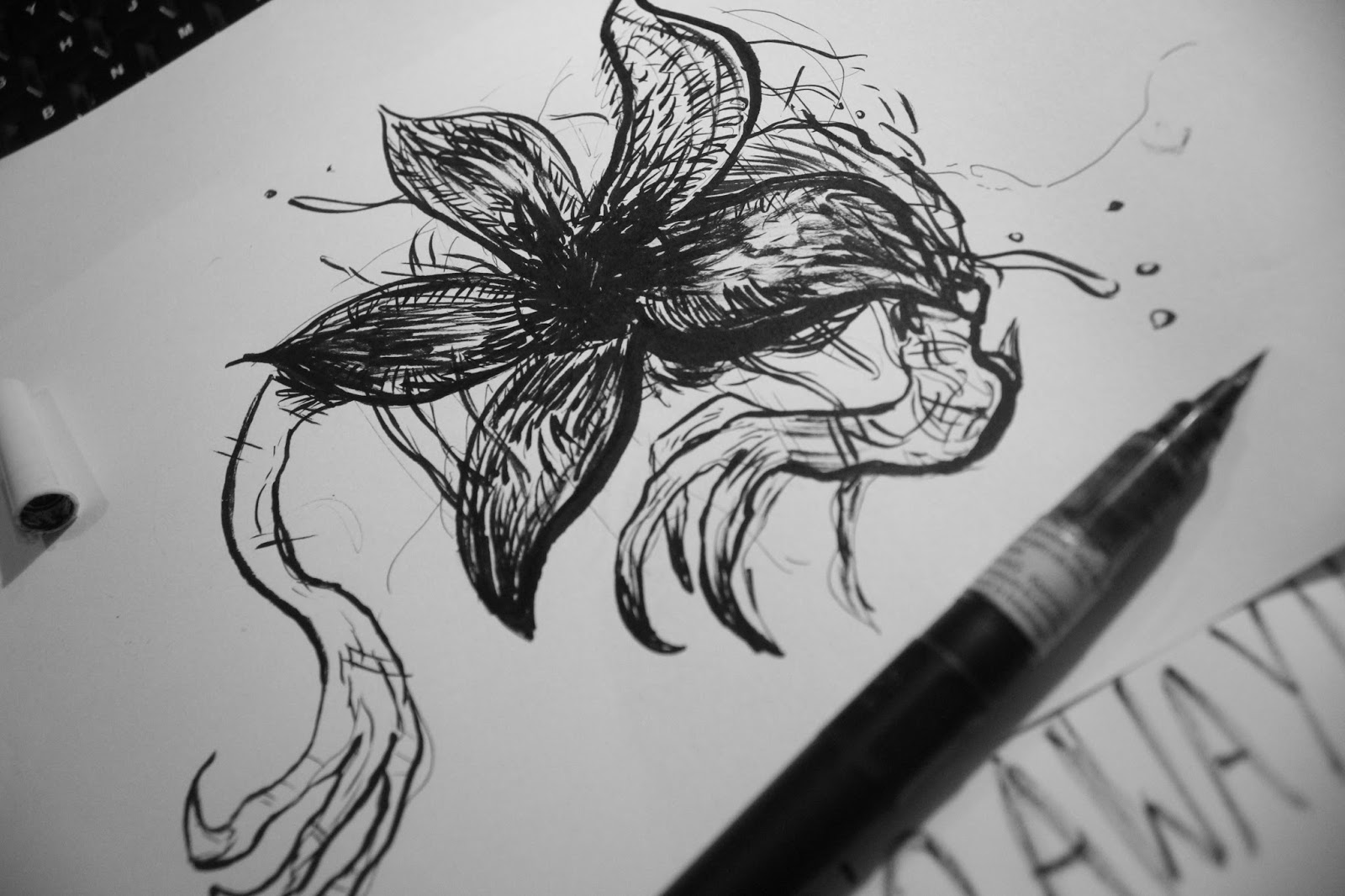 Again about Pixel Show. What do you think the fair represents for Brazil and the artists and makes in general?

The fair is a great mix of everything, therefore it represents several types of people, interests and thoughts. In a broad sense: diversity. For the creators, the contact with people from all over Brazil. for the public, the contact with different styles, artists and processes. The coolest thing about being a visitor is that the event is so big that one always ends up finding something different, something more than what was expected.

Well, I expect that I am able to take part in it again and show my new projects there, and that the feedback is as good as it was in 2017. 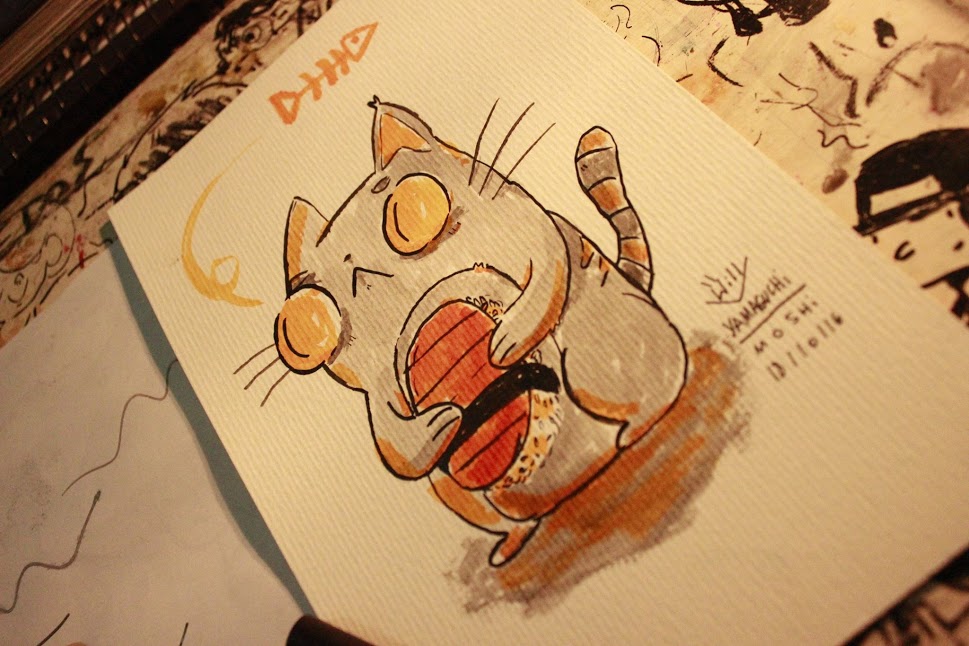 How much do you think that the social networks have helped change the way people see the artists and acquire their jobs in the past five years?

The social networks provide the opportunity of following closely the production processes, and they make both contact with artists and sales in virtual shops or even chatting easier.

For us, artists, how fast we get a feedback is awesome. Always helps a lot!

I have always been a huge fan of both  Star Wars and Pokémon. 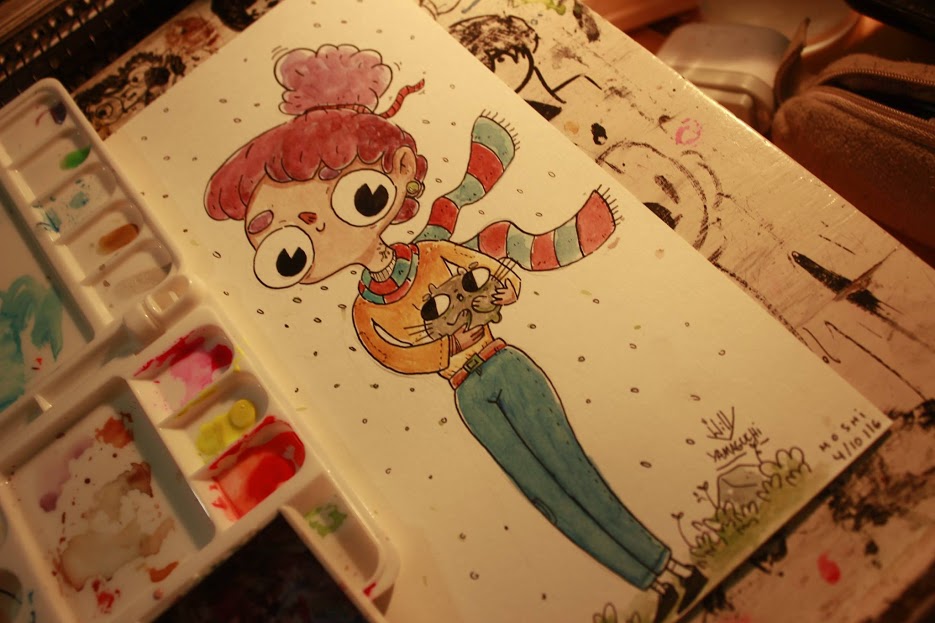 Digital art, traditional art or both?

A message for those who are starting to “sell their art”.

You have to be like a good student! Ask a lot about everything you do not know to those who are already in the market! It decreases the risks of unnecessary expenses and doing a lot of things wrong and avoid gigantic frustrations!

Thank you for the interview.

*This interview was first published in Portuguese @ my new blog.

Watch the video I made of the fair here 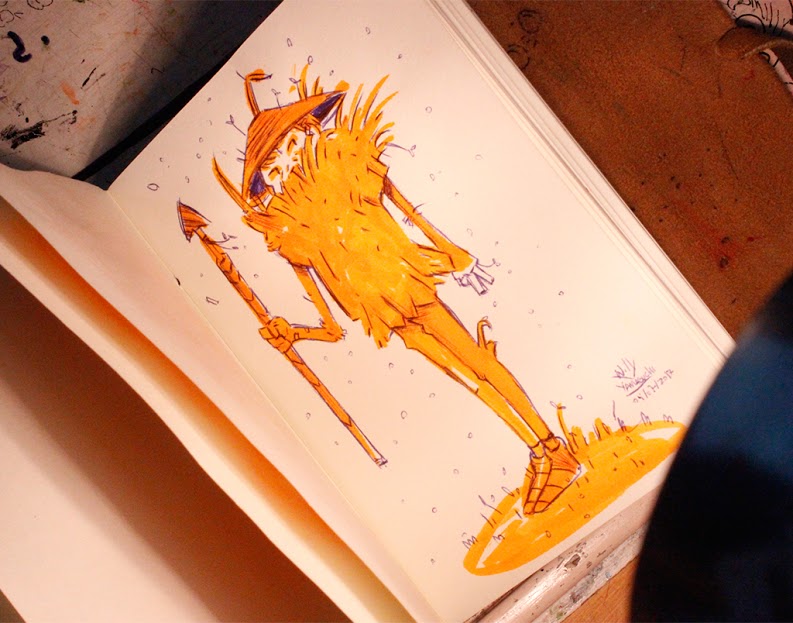